Courage, Faith and Vulnerability – Three Keys to Physical Well Being 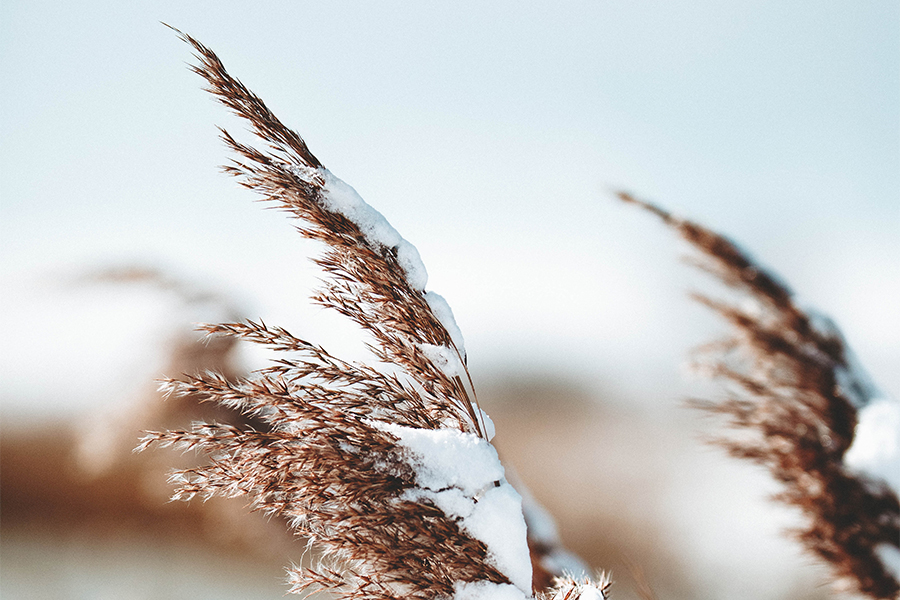 The older I get, the more I appreciate my physical health. The perceived immortality I carried in my youth has worn off. Consistent reminders of how the body no longer responds (or recovers) help me appreciate how good it feels to feel good!

It would be easy to think that challenges regarding physical well-being are limited to folks who are getting older. But stress, diet, and a little thing like a pandemic, have affected the health of many. The number of candles on the cake has become increasingly irrelevant.

Regardless of age or ailment, there are guiding principles, we can all count on that will help when it comes to our physical well-being. To uncover them, we're going to start in the New Testament with the story of a woman who dealt with a chronic ailment.

The woman who touched the Healer's hem has much to teach us. It's tempting to think of her as a desperate woman, but I think she was more brave than desperate. Most of us have lived through a desperate situation or season. It's easy to get stuck in that place. This woman refused to stay stuck.

She dared to hope. And in doing so, she took a significant risk.

Scripture says she experienced "an issue of blood" for twelve years. This meant that she was continually "unclean." She could not touch anyone–– husband, children, family, friends.

Three years ago, we couldn't have come close to comprehending her situation. COVID has shown some of us how incredibly lonely it is to be separated from loved ones that we can't touch. However, this woman's culture took it even further. She couldn't clean her home or cook in her own kitchen.

She must have heard of Jesus' reputation for healing.

Matthew 14:36 says: "The sick begged him to let them touch even the tassel of his robe, and all who did were healed."

The difference between this woman and the others who sought Jesus was the degree of risk she took. She went into a public situation where it would have been nearly impossible not to touch another person. Her action in her culture was as serious as committing a crime.

It's tempting to think that her greatest risk was the repercussions of getting caught. But when you live so many years with such a burden, I think the bigger risk she took was that she hoped.

Now THAT is scary.

What if we reach out and nothing happens?

What if He doesn't even notice our outstretched arm?

If we want to discover what fanned the flame of this woman's hope, we don't have to look any further than the hem of Jesus's garment. It's there we find a clue.

Here's an excerpt from an article that delves into this portion of Scripture. It said this:

"According to the prophecy in Malachi 4:2 it says "But to you who fear My name The Sun of Righteousness shall arise with healing in His wings'…" The word "wings" used here is the same as the word "borders."

This is the same word used to describe the hem of Jesus' garment.

The article continues: "The woman knew that if this was the Messiah, then surely if she could just get close enough to touch the hem or the borders of His garment, she would receive healing. She was embracing the promise that the Messiah had healing in His wings. She looked upon Jesus and believed He was who He claimed to be. When she had touched the hem of His garment, it was the same as touching Him. She looked to Him by faith, and when her faith touched His grace, she was healed."

Her faith reminds me of the Roman Centurion's faith that so impressed Jesus. The Centurion had sent friends to beg for healing on behalf of his sick servant. As Jesus was approaching his home, here's what happened:

"…the Centurion sent friends, saying to him, do not trouble yourself, for I am not worthy to have you come under my roof. Therefore, I did not presume to come to you. But say the word, and let my servant be healed. For I too am a man set under authority, with soldiers under me: and I say to one, 'Go,' and he goes; and to another, 'Come,' and he comes; and to my servant, 'Do this,' and he does it." When Jesus heard these things, he marveled at him, and turning to the crowd that followed him, said, "I tell you, not even in Israel have I found such faith." Luke 7:1-10

The Centurion did not believe that Jesus had to be present for a miracle to take place. He didn't know how Jesus would do it. He had no explanation for how healing could travel from where Jesus was to where his servant lay. But he believed Jesus could do it.

The woman in our story was no different. She didn't know how healing could travel from the hem of his clothing to her hemorrhaging body. She just believed Jesus could do it.

Two people in the New Testament serve as the perfect contrast between believing God could do something and doubting whether or not he could.

Early in the book of Luke, we find the story of Zachariah and Elizabeth (relatives of Mary, the soon-to-be mother of Jesus.)

Zachariah is fulfilling his priestly duties when he is visited by the angel Gabriel. He is told by the angel that he and his (elderly) wife will bear a son. His response?

"How can I be sure this will happen? I'm an old man now, and my wife is also well along in years."

Gabriel is not impressed and causes Zachariah to be mute until the child is born because he doesn't believe.

If we drop down the text by a few short lines, we find the story of Gabriel appearing to Mary. He tells her that she will conceive and give birth to a son. Her response?

"But how can this happen? I am a virgin."

Superficially, it appears that Mary and Zachariah asked the exact same question. "But how?" But it turns out that isn't the case. Because just a few lines later, Elizabeth says to Mary:

"You are blessed because you believed that the Lord would do what he said."

Zachariah asked the question "how" from a position of doubt. “HOW are you going to do that???”

Mary asked the question like an expectant child. "How are you GOING to do that?!!"

The woman who bled trusted God could do it.

The Roman Centurion trusted God could do it.

The mother of Jesus trusted God could do it.

You and I are not alone in our desire to be whole. Health and wellness are not a new concept. So many have gone before us with the same hopes and dreams. And yet sometimes, we need help. Scripture says God is our helper. I know it in my head but sometimes my heart falters. I want to trust like Mary, but sometimes I identify far more with the guy in our next story.

The book of Mark tells us about a father and his demon-possessed son. The father brings his son to the disciples, but they cannot help. Jesus asks what all the fuss is about. The father replies,

I'm such a Miss Mcjudgey pants. I read Scripture and think, how could they say that? How could they do that? This guy just said to Jesus, "if." But think about it. Hot off the press, he just witnessed numerous disciples fail.

When we have been plagued by a challenging issue regarding our physical well-being, it's understandable when we find ourselves thinking "if."

We've sought healing from others. And/or we've begged God to help us do what we know we need to do to help us help ourselves. But repeatedly, we're met by a big, fat fail.

Before we know it, our prayers look more like Zachariah's. The voice inside of us is saying,

This father's response to Jesus has been my salvation many, many times.

"The father instantly cried out, "I do believe, but help me overcome my unbelief!" Mark 9:24

Sometimes I don't feel like I have what it takes to deal with my physical needs.

Sometimes I'm pretty sure others don't know how to help me with my physical needs.

Heck, sometimes I don't even have the desire to deal with my physical needs.

But then I'm reminded that Scripture says our bodies are not our own. We were bought at a price. I'm reminded that God is as passionate about my physical well-being as He is about every other aspect of my life.

And so we take a risk.

We dare to hope for wholeness like the woman who touched His hem.

We trust, like Mary, that He has a plan and that we can trust Him.

And when our faith is failing, we can be transparent like the boy's father. "God, I do believe, but I need more belief."

Would you pray with me?

"Father, You've given us a lot to unpack in this devotion––dots of truth that are connected all throughout Your Word.

Help us understand it.

Help us remember it.

Help us apply it.

Grant us courage like the woman who touched Jesus' hem. Help us take the risk to be whole and all that we can be physically.

Grant us the child-like faith of Mary, who never doubted that You would do what said You would. You said you would never leave us or abandon us. No matter what physical challenges we face, we know we never have to face them alone.

Finally, when we begin to doubt that You hear our prayers to be whole and able-bodied, may we pray, "We believe… help our unbelief."

Our days on this earth are limited. You have promised us a new body one day. In the meantime, help us care for these bodies, and may You be glorified in the process. In Jesus' name, Amen."