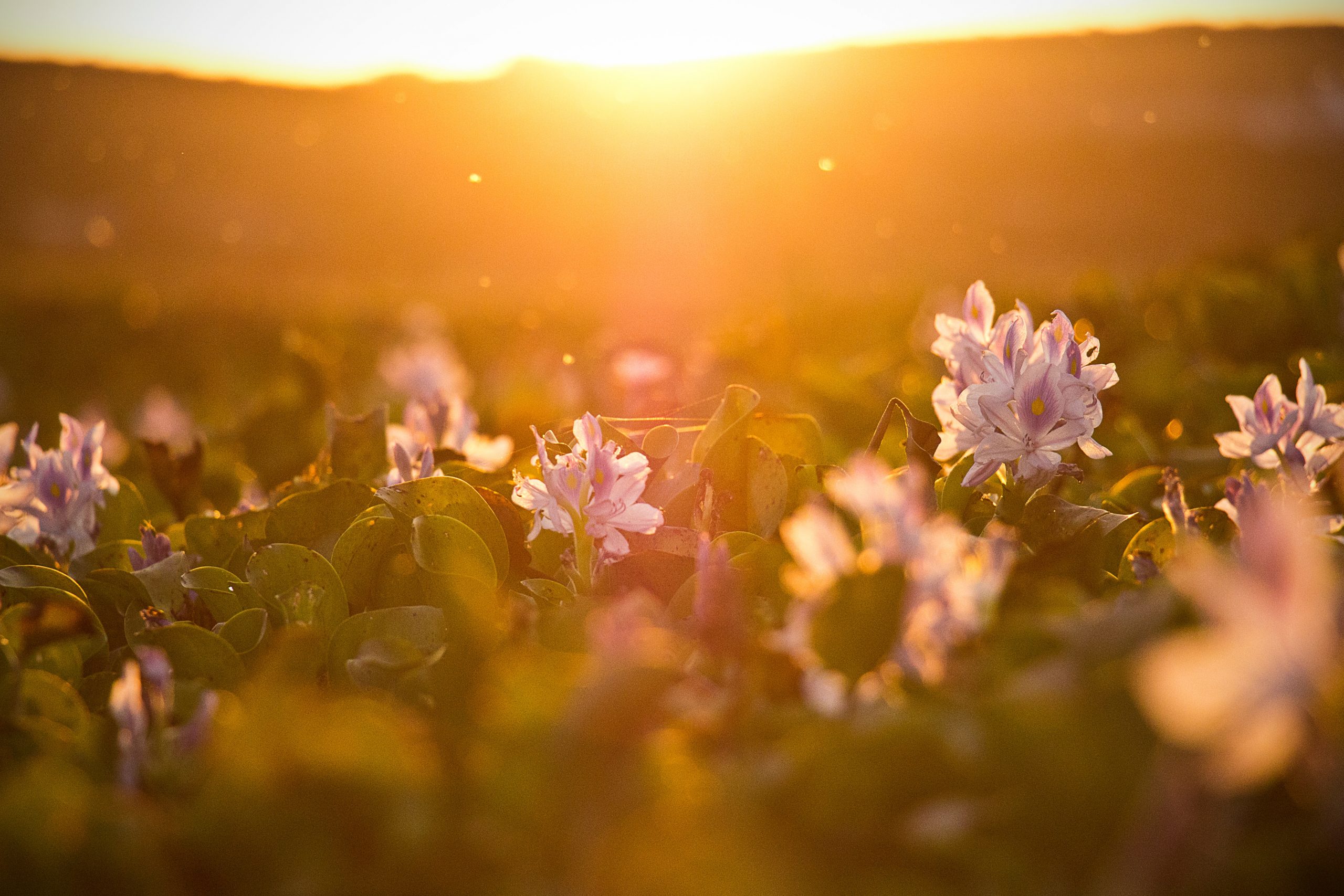 I was looking for quotes about Spring to put on my letterboard. That's when I stumbled on this little gem:

It gave me hope. I found it on a dark, blustery day when Spring felt like little more than a pipe dream. But that's the beauty of deep roots. Their depth allows protection and even propagation despite conditions on the surface.

If we want to experience deep roots, the first and most important variable is that we need to be mindful of where we are planted.

There are other variables like the Sower, the weather, and the seeds themselves. But Jesus focused far more on the soil, so that's where we'll focus our attention in this parable from the book of Mark.

"Listen! A farmer went out to plant his seed. While he was planting, some seed fell by the road, and the birds came and ate it up. Some seed fell on rocky ground where there wasn't much dirt. That seed grew very fast, because the ground was not deep. But when the sun rose, the plants dried up because they did not have deep roots. Some other seed fell among thorny weeds, which grew and choked the good plants." Mark 4:3-7

In reference to the first soil, Jesus said,

"The farmer plants the Word. Some people are like the seed that falls on the hardened soil of the road. No sooner do they hear the Word than Satan snatches away what has been planted in them." Mark 4:14 MSG

This seed was scattered, but it fell on the road, and the birds ate it. The context of this verse is that Palestinian fields were often near roads. If the seed landed too close to the edge of the field, it might actually end up on the road. It would lay exposed, vulnerable, and an easy target for birds. That particular seed never had a chance.

I can't help but ask, how many times have I planted myself right on the edge of the field? The road can look enticing. It tends to be where a lot of other people are. Most of them look like they are heading somewhere with a purpose.

But Jesus' warning is firm. We're vulnerable and far more likely to get picked off if we're too close to the edge (maybe even riding the fence?)

Friends, this is not good soil. Here roots could never go deep because they never even had a chance to grow.

"And some are like the seed that lands in the gravel. When they first hear the Word, they respond with great enthusiasm. But there is such shallow soil of character that when the emotions wear off and some difficulty arrives, there is nothing to show for it." Mark 4:16-17 MSG

This seed has landed on rocky soil. Some interpretations say gravel. Gravel makes it particularly difficult for roots to grow deep. Ironically, the seed might look like it's doing well… at first. But as one commentary says,

"… there is a contrast between impressive upward growth and inadequate roots that result in subsequent failure."

The parable hints that the seed may have made it if it hadn't been for the sun. Scripture says,

"But when the sun came up, the plants were scorched, and they withered because they had no root." Mark 4:6

Jesus isn't surprised by souls that feel withered and dry. He predicted it. He knew the sun would beat down on us. And He knew there would be seasons that the heat would be intense. And seeds with no roots can't endure the heat.

"The seed cast in the weeds represents the ones who hear the kingdom news but are overwhelmed with worries about all the things they have to do and all the things they want to get. The stress strangles what they heard, and nothing comes of it." Mark 4:18-19 MSG

This third soil is full of weeds. Some versions of Scripture use the word "thorns." Here the seed germinates and begins to grow, but then it's choked out. It's unable to grow because of the competition for light and nourishment around it. This seed lives, but it is unable to produce anything.

One scholar summarized the situation of these three types of soil this way:

"There has thus been a progression in the three failed seeds…

The second started but died.

The third survived but could not produce fruit.

In the end, none is of any value to the farmer since he is looking for grain, not mere survival."

This brings us to the fourth (and final) soil. And to the point of the whole story.

IT'S ABOUT THE HARVEST.

"And the seed that fell on good soil represents those who hear and accept God's word and produce a harvest of thirty, sixty, or even a hundred times as much as had been planted." Mark 4:20 NLT

The Message says it this way:

"But the seed planted in the good earth represents those who hear the Word, embrace it, and produce a harvest beyond their wildest dreams."

Good soil is equated with hearing His word and embracing it.

I love the word embrace. It has two meanings:

Hold closely in someone's arms, especially as a sign of affection.

The second definition reminds me of this verse:

"God will create a new thing in this land: A transformed woman will embrace the transforming God!" Jeremiah 31:22 MSG

Our lives can be transformed when we accept God's embrace willingly and enthusiastically. It's an open invitation.

The invitation is so important to God that He put it in writing. Perhaps the depth of His love is one reason for the guaranteed longevity of His words.

"The grass withers and the flowers fall, but the word of our God endures forever." Isaiah 40:8

Good soil, dirt in which our roots can go deep, can be found in His daily invitation to spend time in His word.

Initially, we may not feel like there's much to show for it. Roots are hidden. Often, roots aren't ever seen. The greatest testimony to any living thing having roots is evidenced by what is born on top. As Isaiah stated, when we "take root below," we will "bear fruit above."

What I love about that word picture is that the fruit we bear can be "above" in what we produce here and now. But above can also be representative of a heavenly harvest. We do not know what awaits us, but Scripture is full of references to the connection between what we do now and what awaits us in eternity.

How encouraging to know that deep roots are about more than just today. Deep roots make a difference in heaven.

"Deep roots allow protection and even propagation despite conditions on the surface."

The world seems harsh in many ways. Kindness, patience, and believing the best in others can seem like it is in short supply. But "despite these conditions on the surface," we know that we can live protected when we are rooted, and even more– we can grow.

Deep roots will mean we have no reason to fear those pesky birds that come along and try to snatch what we have.

Deep roots will mean that when life turns up the heat, we'll be able to withstand it.

Deep roots planted in the soil of His Word mean that all the thistles (the distractions of this noisy world that try to choke what we know is true) won't keep us from growing and, more importantly, producing.

With roots below, we will bear fruit above.

Would you pray with me?

"God, good soil can feel hard to find. How do we find the time to be in the soil of Your Word? So many things cry for our time and attention. But in our hearts, we know that we make time for what we must make time for. Father, help us grasp how important this is. Give us the kind of burning in our hearts for Your Word that is only possible by the power of the Holy Spirit. We want deep roots, and by Your grace, we believe it is possible to have them. In Jesus' name, Amen."