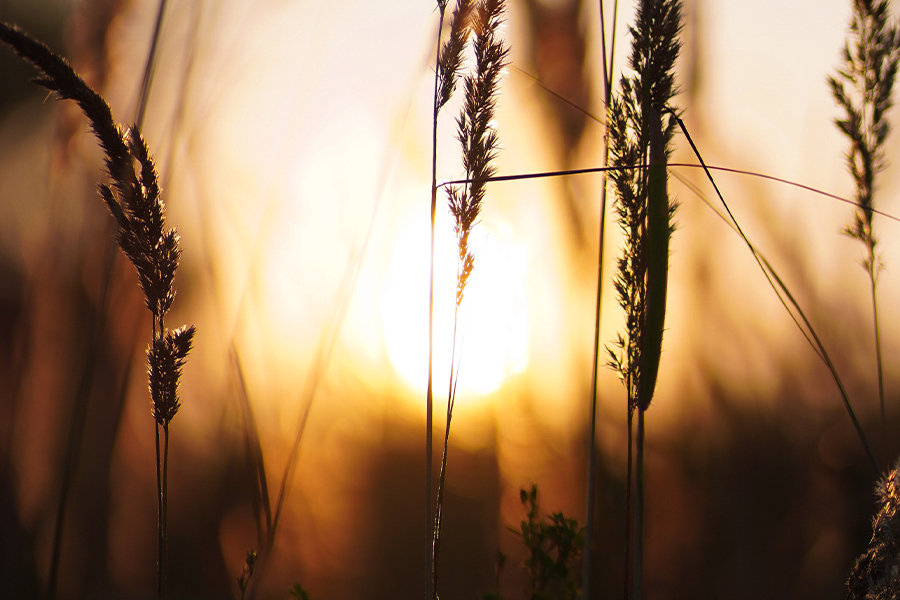 "We remember… your work produced by faith, your labor prompted by love, and your endurance inspired by hope…" 1 Thessalonians 1:3

I'm not sure why I keep landing in Thessalonians lately. These letters were written to encourage believers who were "fighting the good fight." Despite persecution, they clung to their faith. Paul wrote to them to praise them for their spiritual maturity and encourage them to continue.

There's much to be gained when studying biblical heroes like Moses and David. But what I love about these letters is that we learn from the regular Joe's that got it right. They just kept plugging away at living out their faith despite difficulties.

I consider myself a "regular Joe." Maybe that's why Thessalonians has been so encouraging to me.

If like me, you feel like you're plugging away at living out your faith, I invite you to receive the same encouragement I have from Paul. We'll unpack three things the Thessalonians did that Paul considered noteworthy, so much so that he opened his letter to them with this telling observation.

The first thing Paul commended these believers for was their work produced by faith.

There's a verse in the book of James that says, "Faith without works is dead." Here, the apostle Paul commends these believers for work produced by faith. It seems there is an intimate connection between faith and work… work and faith.

It begs the question, what is faith? My favorite definition comes from the book of Hebrews, "Faith is the assurance of things hoped for and the conviction of things not seen." I love that definition.

The dictionary defines faith as "complete trust or confidence in someone or something." This is a great definition too! It reminds us of the vital role that trust plays when it comes to belief.

I wonder, what exactly did the believers in Thessalonica hope for? What was their conviction of things not seen? What did they trust so much that it inspired great work?

We don't have to spend much time reviewing Paul's letter to discover that it was Christ's return. These believers trusted Jesus's words that He was coming back for them. They had hope in eternal life and conviction regarding the unseen glories of heaven.

Faith was the engine that drove the train for the Thessalonians, and the result was great works. Works that could have easily been sabotaged had they given way to fear in the face of persecution.

We don't live in fear of physical persecution like these believers did. Still, I wonder how often we cave regarding what we say, what we don't say, what we do or don’t support… all because of fear related to social retribution.

Paul was right… these believers were inspiring!

The second thing Paul commended the Thessalonians for was their labor prompted by love.

For some reason, this one is easier to get my head around. Make no mistake, I have faith that Jesus will return. I trust in His promise that He is preparing a room for believers in heaven. But those things can feel less than concrete. Love, on the other hand, is something most of us know.

Perhaps we've received love and the labor to prove it.

The dad that made sacrifices so we could have that bike or go to school. The mom that worked her tail feathers off to make sure we always had clean clothes and a hot meal. The friend that helped when the house flooded. Many of us could make a long list.

Perhaps we found ourselves able to labor because we loved.

It's amazing what one can do when someone we love really needs us. Everything else falls away. We have the time. We use whatever resources we have. We do whatever it takes for the ones we love.

When labor isn't prompted by love, it's easily side-tracked. And often, it doesn't have staying power. Labor that's sustainable is fueled by love.

Finally, the Thessalonians were commended for their endurance inspired by hope.

"If our sense of the future is weak, we live listlessly. Much emotional and mental illness (and most suicides) occur among men and women who felt that they "have no future."

"The Christian faith has always been characterized by a strong and focused sense of the future, with belief in the second coming of Jesus as the most distinctive detail. The practical effect of this belief is to charge each moment of the present with hope."

The believers in Thessalonica lived in expectation of a life beyond the one they were currently experiencing. This expectation greatly influenced their view of the future. Again, as Eugene Peterson said, "The way we perceive our future tends to sculpt the present, giving contour and tone to nearly every action and thought throughout the day."

I've always thought this verse carried weight regarding eternal destiny. If we can't see to the future, would any of us ever be inspired by Christ's promise of Eternal life?

After reading this letter from Paul to the Thessalonians, I'm beginning to think that without vision, we can perish in a whole different way. We can lose heart. We can lose stamina. We can lose the ability to endure the here and now.

This verse has so inspired me. But even more, it has encouraged me. I'm encouraged because everyday believers (just like you and I) withstood whatever test had been appointed to them, and they were victorious.

And what allowed the victory? That beautiful trifecta of faith, hope, and love. And so, we pray,

"Father, thank You for those who have gone before us. People just like us. People who needed faith to do the work... love to labor... and hope to endure. Thank You that by Your Spirit, faith, hope, and love can exist in our lives. Fan the flame of them in our hearts. Teach us to live in joyful expectancy of what You will do in us so that we too may be victorious in whatever tests are appointed to us. In Jesus' name, Amen."