Wonder Awaits: The Hope That Is Ours When We Live a Consecrated Life 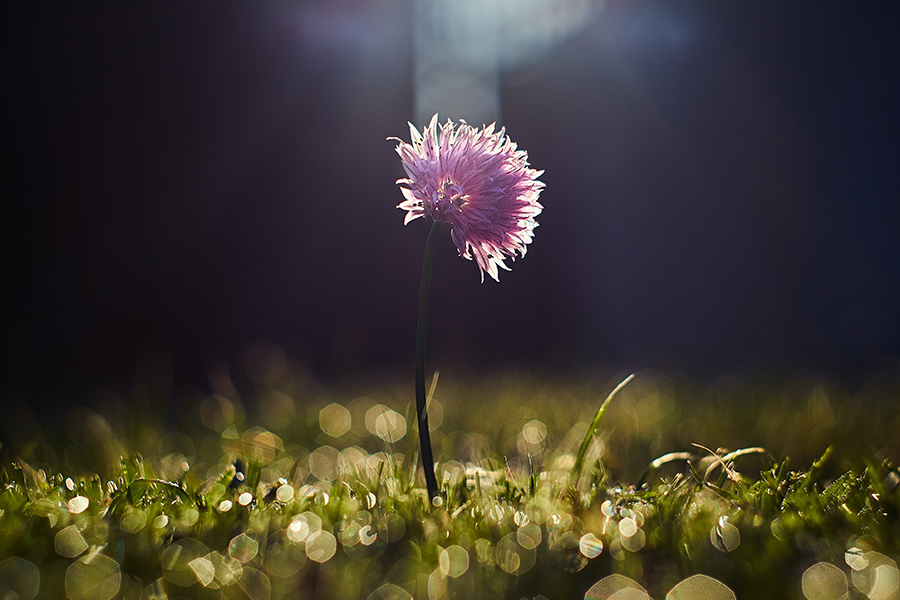 Obedience and faith are something that believers are called to pursue. The reward is great for both. But there can be a fine line between obedience which leads to peace, and obedience rooted in legalism.

I've witnessed people I love leave the church (or other Christian communities) because legalism superseded grace. There is no hurt quite like "church hurt."

Most of us would be the exception rather than the rule if we've never been hurt by the church. However, we risk shortchanging ourselves if we determine that the pain is only about what we receive. Healing comes when we also evaluate how we should respond.

Jesus offered grace and mercy to the woman accused of adultery, but He also told her to "Go and sin no more." There was an expectation that her behavior would change.

Relationships have a funny way of costing us something. Deep, beautiful relationships almost always cost us more. God is a God of relationship. He most certainly paid the price in the interest of our relationship with Him. The question is, what is the price we will pay?

Is there something we need to "go and do no more?"

Is there something we need to "go and do right now?"

"Consecrate yourselves for tomorrow the Lord will do wonders among you." Joshua 3:5

This verse is an excellent springboard for examining the delicate balance between grace, mercy, and our response to them.

The word consecrate has several meanings, but for our purposes, we'll focus on this thought––

When we consecrate ourselves, we declare ourselves set apart, dedicated to the service of God for a higher purpose.

The bible has several rich examples of patriarchs that pursued consecration. Each story has something unique to teach us. We'll look at just two.

One of the first examples comes from Genesis chapter 22. Abraham is about to sacrifice his son Isaac. This example of consecration is as extreme as it gets. And honestly, it's nearly impossible to get our heads around it. God was not about child sacrifice. He despised it in surrounding cultures. And as we know from the story, He never demanded it from Abraham, but He did require this:

Abraham's willingness to obey is framed by a trust that believed God would do what he promised––give Abraham descendants that numbered greater than the stars. Abraham believed this whether the means made sense or not.

Abraham consecrated himself, his son, and every hope he had for his future to God. Yet, somehow, he knew God had a higher purpose and would accomplish it in ways he did not understand.

Abraham's story is a magnificent reminder that when we declare ourselves as "set apart," the journey may not always make sense. The beauty is that when we determine to submit to His plans, there is peace amidst the turmoil, there is a confidence that carries us as we wait, and more than anything, there is hope.

The story of how Joshua and the Israelites crossed the Jordan River has much to teach us about consecration. Here is an excerpt:

“Early in the morning Joshua and all the Israelites set out from Shittim and went to the Jordan, where they camped before crossing over. After three days the officers went throughout the camp, giving orders to the people: “When you see the ark of the covenant of the Lord your God, and the Levitical priests carrying it, you are to move out from your positions and follow it. Then you will know which way to go, since you have never been this way before. But keep a distance of about two thousand cubits between you and the ark; do not go near it. Joshua told the people, “Consecrate yourselves, for tomorrow the Lord will do amazing things among you.” Joshua 3:1-5

There is so much to glean from this!

- Joshua needed an organized approach to help his people get where God wanted them. History tells us that the Israelites numbered two million at this point. This number was not too big for God, but it did require a plan.

- Joshua is compassionate to recognize that the people have never been this way before. They are in uncharted territory, but to comfort them and give them confidence, he gives them something to keep their sights on––the ark of the covenant.

- The concept of consecration is laid out even before the people receive the directive to consecrate themselves. The ark is sacred. It represents the presence of God. This reassures them, but it also requires respect and reverence. Therefore, they are to maintain a careful distance from the ark.

“So, when the people broke camp to cross the Jordan, the priests carrying the ark of the covenant went ahead of them.  Now the Jordan is at flood stage all during harvest. Yet as soon as the priests who carried the ark reached the Jordan and their feet touched the water’s edge, the water from upstream stopped flowing.” Joshua 3:14-16

“The priests who carried the ark of the covenant of the Lord stopped in the middle of the Jordan and stood on dry ground, while all Israel passed by until the whole nation had completed the crossing on dry ground.” Joshua 3:17

Notice that the priests were asked to step into the water before the water had receded. Talk about a hard sell! Having grown up in the desert, how many of them knew how to swim?

I suspect that many of us could identify with the challenges that Joshua and the Israelites faced.

- Sometimes the thing that we sense we're being called to do feels like we're trying to move 2 million people. The logistics seem impossible. The move may not even make sense. And yet, when we are obedient to whatever "impossible task" God puts before us, we put ourselves in the position of getting to see God's means and God's miracles.

- It also isn't uncommon for God to place us in uncharted territory… places we've never been before. But God uses the unfamiliar to solidify and strengthen that which we do know… He is going before us, and He is with us. But like the ark, we need to keep our eyes on Him.

- It's hard to put our figurative toes in the water before we see a sign that the water will part. And yet that kind of decision-making is precisely how we set ourselves apart. Hebrews 11:1 says it well, "Faith is the assurance of things hoped for, the conviction of things not yet seen."

This devotion opened with the thought that sometimes being in a close relationship with God implies a cost on our part. Not a legalistic obligation but the honest assessment that genuine relationships call for investment and sacrifice.

But there's one more piece to this powerful verse from Joshua. When we consecrate ourselves, God promises to do wonders among us!

It's hard to believe in miracles.

It's challenging when what you thought was an answer to prayer is now lying on a figurative slab, and God is asking you to let it die.

It's hard when it feels like God is asking you to step into deep water, and you don't even know how to swim.

We want to believe in the promise, but sometimes it. is. hard.

What do we do? The same thing God told the Israelites to do–– keep our eyes on the covenant. For them, the ark that contained God's law was the physical manifestation of God's promise to be with them.

We have a different covenant to keep our eyes on. And it isn't housed in an ark. It's housed in the person of Jesus Christ. A new covenant. A better covenant. A covenant in which mercy and grace are on steroids. It is a covenant that isn't limited by earthly location or men's legs to carry it.

This covenant is one that God has promised will be with us, IN us, wherever we go.

Abraham, Joshua, and the Israelites modeled what it meant to keep their focus and take tangible physical steps toward living lives dedicated to being set apart for God.

The decision to live life consecrated can manifest itself in one hundred different ways.

- We can surround ourselves with fellow believers that will encourage us when the wonders that God promises seem far away.

- We can read scripture or get a daily verse sent through a bible app so we can be immersed in the truths that God will use to keep us on track.

- We can listen to music that helps us remember how good, mighty, and trustworthy our God is.

We can take concrete steps to consecrate our steps to be set apart for God.

Let’s close with a prayer.

“Father, the devil is a liar. He would have us confuse this business of consecration with some painful, impossible task. He would like nothing better than for us to believe that consecration is legalistic, outdated, and unwarranted.

The enemy would like us to think these thoughts because he has zero desire for us to experience the wonders that You have in store for us.

Please be faithful to whisper to each of us what consecration looks like in our own lives. And then Lord, do the real miracle––help us to want it in a way that only You can.